Better Together is an EP by Fifth Harmony. The songs included in this EP were performed during the Harmonize America Tour, the I Wish Tour with Cher Lloyd, the Neon Lights Tour with Demi Lovato, and The Worst Kept Secret Tour.

This EP was released on October 22, 2013. It debuted at number 6 on the Billboard 200 and 120.000 copies were purely sold around the world and selling 51,000 copies (SPS) the first week. It also debuted at number 3 on the Digital Albums charts as well as number 18 on the New Zealand Album Charts and number 31 on the Canadian Albums Chart.

After their journey on the American version of The X Factor, Fifth Harmony started to record their debut EP in February 2013. The girl-group said that some of the songs on the album are inspired by Whitney Houston and by other girl groups like Destiny's Child and the Spice Girls. On a interview with Idolator.com, Fifth Harmony's Ally Brooke said "We've been able to co-write a lot of our songs, most of them actually, and it's just so awesome to be like in the same room with each other and also co-writing with other professional songwriters that have been writing for years." Lauren Jauregui said: "They take like our opinions and considerations and they like them and like we get to be so involved in the creating process because the album is going to reflect who we are." They described their EP as "fun and pop." Also in 2013, they released a Spanish version, along with a Spanish instrumental version, of Better Together. They are called "Juntos EP" and "Juntos: Acoustic EP."

The acoustic version of Better Together was released on November 15. The songs included in this version were Don't Wanna Dance Alone, Miss Movin' On, Better Together, Who Are You and Leave My Heart Out of This.

The Remixes of Better Together were released on November 25, 2013. It debuted at No. 20 on Billboard Dance/Electronic Albums.

Juntos is the Spanish and Acoustic version of the Better Together EP. It was released on November 8, 2013, the same day the acoustic versions of both EPs were released. Juntos debuted at #2 on the Billboard Top Latin Albums chart. They were released separately as studio and acoustic EPs, but an exclusive CD featuring both Juntos and Juntos Acoustic was released at WalMart in the US.

The Spanish Version, also known as Juntos Acoustic EP, was also released on November 8, 2013. The songs included in the Spanish version are the same ones included in the Juntos EP but in an acoustic version. It peaked at No. 5 on Latin Pop Albums. 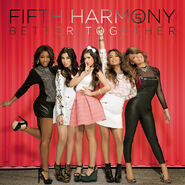 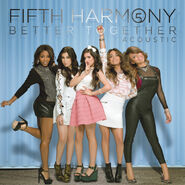 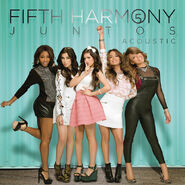 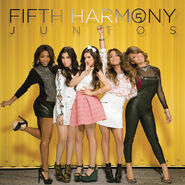 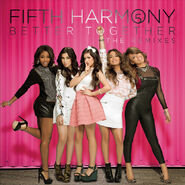 Better Together Remixes
Add a photo to this gallery
Retrieved from "https://fifthharmony.fandom.com/wiki/Better_Together_(EP)?oldid=32165"
Community content is available under CC-BY-SA unless otherwise noted.